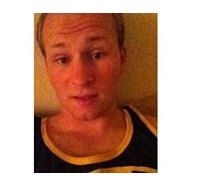 
RocketBlast Comics has a variety of intriguing titles including an amazing concept by creator Dallas Wilson. Comicbookinterviews.com publisher John Michael Helmer recently spoke with Dallas about his property Prideland…

JMH: What is Prideland?

DALLAS: PrideLands is a story about a pride of lions who have to deal with all sorts of enemies and dangers. They are constantly being attacked by hyenas - led by a certain one with a vendetta - rhino's, hippo's and numerous other threats. Too complicate things, a family of tigers are forced out of their native land India by fire and famine. They eventually make the long trek to Africa and jump right into the fray. The two factions will fight over food, territory, race, and love.

JMH: Can you describe the world/universe it’s from?

DALLAS: PrideLands is set in RocketBlast Comics "Legends" imprint. This means it is not tied into any other story, and does not have to follow the rules of our main universe. Anything is possible for stories in this imprint. It is a much more mature world then you would see in our canon universe; aimed at mature teens and adults.

It is set in a world where animals are not only the dominant species, but the only species. There are no humans, and never were. The animals can talk, love, feel, and make decisions just as a human would. In fact, the characters are human in everything but appearance. Different animals species will still keep their natural instincts of the kind, of course.

JMH: Does Prideland have supporting characters and if so can you tell CBI about them?

DALLAS: There is Zaira, a young lion who is preparing to have her first litter of cubs. She is a very strong and independent lion; always prepared to jump right into a fight with no questions asked. She suffers an immense tragedy at the beginning of our story, and it will be interesting too see how she progresses as a character because of that.

Chiant is another strong female character. She is a hyena and hyenas are led by a female. Her mother is the "queen," which leaves her as the heir apparent. She questions the way the world works, and is not sure lions should be the hyenas mortal enemies.

With the tigers, Kahn is a very dark and evil character. He will be the main antagonist in the series. He is very large for a tiger, and has a taste for blood - any kind, even another tigers. He has no loyalty whatsoever, but is very charismatic and convinces all the other tigers to follow him.

JMH: Was Prideland inspired by anything from your past or real life experiences?

DALLAS: PrideLands came from a very simple idea. What would happen if I combined "The Lion King" and "The Walking Dead." One day, I was reading an issue of the zombie classic and watching "The Lion King" at the same time. All at once I had an epiphany and thought, "That would be so cool!" I hope everyone agrees.

DALLAS: Honestly, no. I've never been a fan of reading stories to find a deeper meaning. I believe that takes away from the story itself. To me, a story should be self contained. It is what it is. I don’t want my readers to be searching for hidden messages, I want them to read a darn good story.

JMH: Talk about the creative team involved with Prideland…

DALLAS: It was created, written, and lettered by yours truly, Dallas Wilson.

The first issue was drawn by Salathiel Anacleto, but due to a few personal issues we will be going with a different artist for issue two. Salathiel is from Brazil and is amazingly talented, I was lucky to have him be a part of this adventure.

JMH: Will Prideland be released in digital format, web comic, or print?

DALLAS: It is actually out right now in digital format! It will be out in print soon, but we have no current plans on having it appear as any sort of webcomic.

JMH: Where can fans get a hold of Prideland?

DALLAS: PrideLands #1 can be bought digitally in the store section of our website (rocketblastcomics.com) and on Amazon in the Kindle store. It also has native apps in the Itunes and Google Play stores, so you can get a hold of it directly to your phones or tablets as well.

JMH: Finally, is there anything coming up in further Prideland stories, or other projects you want people to know about?

DALLAS: PrideLands will be released quarterly, and we are aiming to have the second issue out late in summer. Look for it in August or September.

We also have several other titles being released soon. Energyman #1, which will start the innovative Rocketblast Universe, will be released on June 1st. It focuses on a man, Rob Galway, who wakes up after an explosion at his science lab destroys his whole town, and life. Everything he knows is gone, but he gains new powers, and becomes the world’s first superhero, Energyman! Energyman was created and written by Mark Stanislawski and drawn by Francesco Conte. The cover was done by Keelan Malo Smith.

Also being released on June 1st is Air Raid Robertson #1. It is a comedic title about two friends who own a plane, and use it to have many misadventures. It was created, written, and drawn by Ryan Valentine.

Our last title being released on June 1st is Cutthroats and Buccaneers #1. It is a swashbuckling tale about a pirate who may be at the end of his rope, and uses the calm before the storm to reflect on his life as a pirate! It was created and written by Toby Persuad, with the art and lettering done by Sam Schulman.

To round this up, in July we will be releasing our second superhero title, PandaLand #1. It revolves around a young man, Ron Panda, who wins the biggest lottery in world history. (He actually wins the lottery the day Energyman's town is destroyed. Coincidence?) He uses the money to buy himself his own country, an island he names PandaLand. After months of partying he becomes tired of being "that guy" and creates a powerful exoskeleton, which transforms him into the vigilante Panda!

DALLAS: The number one thing I can think of is to stay true to yourself. You will have countless publishers turn you down and have critics bash your work. But, if you have a story you truly believe in, do not stop until it has reached the audience it deserves.

Also, when submitting to a publisher, make sure they are a right fit for your story. Don’t just spam your story to every publisher, do some research, read a few of their titles, and make an educated decision on who to submit too. Don’t be afraid to go with the little guys!

JMH: Dallas, CBI appreciates your time. All the best! 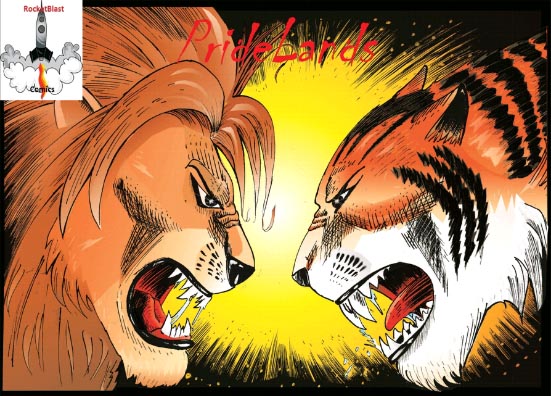