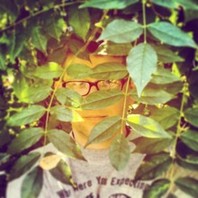 
Joseph Freistuhler's gothic Horror title En Ténèbres displays intricate detail and line art that grabs the reader and pulls them into every panel. His self-published book is soon to be released. Joseph stopped by CBI studios and discussed his art career and his future projects...

JOSEPH: I was born and raised in Wapakoneta, Ohio which is a small town in Western Ohio. The town's only real claim to fame is that it was the birth place and boy hood home of Neil Armstrong. For the last seventeen years I have lived near Cleveland, Ohio.

JOSEPH: I am a married forty-something with two incredible children ages 14 and 17 from a previous marriage. My wife and I have a small army of cats with which we are plotting to take over the world. During the day I am a rather mundane cell phone technician and lately what little free time I have is dedicated to working on my art.

JOSEPH: Well, I have been a fan of comics since I was very little and one of my life long dreams has been to make my own comics.I still have many of my early comics made drawn on notebook paper from 30 years ago. They are some of my most prized possessions and I still break them out when I need a good laugh. I lost sight of that dream for a while in adult hood when life intervened. As I've now hit my mid-life crisis, I've come to the realization that if I don't do this now I never will. I've been back into making comics for about a year and a half now after a nearly 18 year hiatus.

JOSEPH: Well, I am entirely self published at this point and really don't have any delusions of grandeur about "breaking into" comics. For right now I am content telling the stories that I want to tell and improving my art. If by chance something else comes of this along the way, then that is just gravy.

JOSEPH: I went to Ohio University what seems like a life time ago and studied Illustration there for three years. I succumbed to the temptations of crazy college life, however and never attained my degree. Without the money to finish college I went to work full time, got married, had children, and never finished my studies.

JOSEPH: Music helps me tune out the outside world...Nine Inch Nails, Johnny Cash, New Order, Smashing Pumpkins, The Beatles. I have a very wide range of musical tastes.


JMH: What types of technology do you use to draw?

JOSEPH: Sometimes I like to draw in good old pen and ink, but lately I have been using my Wacom Intuos tablet and Manga Studio 5 a lot. The versatility of that program is really startling and has really streamlined how I work. I find it very intuitive with how my mind works.

JOSEPH: The first comic I can ever remember reading was Devil Dinosaur #1. That Kirby cover was absolutely seared into my 5 year old mind.

JOSEPH: I try to read as many comics as possible. I was away from comics altogether for quite some time. When I decided that I wanted to pursue my lifelong dream of making comics, getting back into reading comics was an essential step. I'm not sure who said it, but there is a quote that basically says if you are going to be a good writer you need to do a lot of reading. I felt the same would apply to comics as well, so I started reading a lot of them and tried to make up for lost time. I find myself analyzing them much more when I am reading them now than before. My current favorites are American Vampire, Manhattan Projects, and Revival. I'm also reading a lot of stuff that was done during the time I was away from comics, like 100 Bullets and Preacher. I don't read a lot of super hero stuff.

JOSEPH: Absolutely print. I need to have the tangible paper book in my hands.

JOSEPH: I generally try to base it off of the story I'm currently working on so that it ties in. Other than that, just my imagination.

JOSEPH: In addition to comics, I have a passion for cartography. I have illustrated maps for authors and Role Playing Game publications. I always loved the maps in the front of fantasy novels as a kid and every time I finish a map I still get that same sense of wonder.

JMH: What project are you currently working on at now?

JOSEPH: My current project is my first full length comic called "En Ténèbres". It is a gothic horror story set in medieval France. It will be self published in early spring just in time for the convention season. I'll be running a Kickstarter campiagn for it around the first of the year. I'm also putting together an art book and starting work on Ugli Studios Presents #3 with my co-conspirator Jason Lenox.

JOSEPH: Don't simply talk about the things you wish you could do someday. Just go out there and do it.

JMH: Joseph, CBI appreciates your time. All the best!

JOSEPH: Thanks so much for the time! I look forward to seeing everyone out on the convention trail!